Henry Ford once said, “whether you think you can, or whether you think you can’t, you’re probably right”. Well now new research shows that what we think is not just related to what we achieve in life, but to how quickly we age. 2 recently published studies have now directly shown that if we believe we are getting older, and attribute physical problems like fatigue, or metal problems like forgetting facts and names to our own ageing, we will in fact age faster.

The first study looked at how physical changes in the brain were affected by our beliefs. Subjects underwent MRI’s to look at the size and volume of the hippocampus region of the brain, which is the area most associated with memory. They actually found that those with negative views had a 300% greater rate of decline in volume of the hippocampus compared with those with more positive views!

They also looked at the accumulation of amyloid plaques (protein clusters between the brain cells) and neurofibrillary tangles (twisted strands or protein that build up within brain cells and block the transfer of nutrients). These 2 factors are recognised as key markers for developing Alzheimers and neurological degeneration. Again the researchers found that those with negative thoughts towards ageing had more plaques and tangles than those that didn’t

Lead study author Becca Levy, associate professor of public health and of psychology at the Yale School of Public Health, said “We believe it is the stress generated by the negative beliefs about ageing that individuals sometimes internalize from society that can result in pathological brain changes,” It also paves the way for further research into how all types of negative thinking patterns can create physical changes in the brain leading to degeneration and faster ageing. 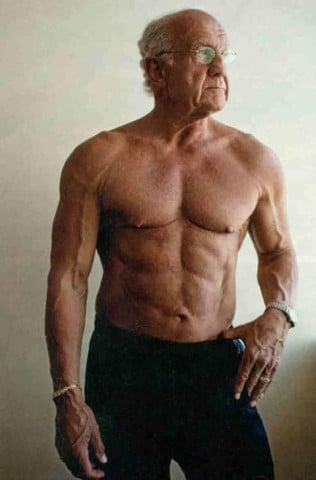 The fantastic news to come out of these studies is that we actually have control over these changes and can stop or slow degeneration by recognising and changing negative thought patterns associated with ageing. Levy noted “Although the findings are concerning, it is encouraging to realize that these negative beliefs about ageing can be mitigated and positive beliefs about ageing can be reinforced”.

Professor Chasten added “Knowing that changing how older adults feel about themselves could improve their abilities to hear and remember will enable the development of interventions to improve their quality of life.” The ramifications of this are far reaching, and knowing that we can change our the physiology of our bodies’ and their capabilities’ by thinking more positively is very powerful.

So this begs the question how do you change your thoughts? Well next time you catch yourself engaging in some negative self talk, and blaming something on your age or anything else for that matter. Stop for a second and allow that feeling to pass, then consider that there might just be another reason altogether. It’s a habit that takes some practise to do well, but if you stick with it, you might find it’s a habit that will change your life…