All too often we hear about the negative effects that the modern Western diet has on our health. From artificial sweeteners to high fructose corn syrup, hydrogenated fats, vegetable oils, grains, and everything in between, it seems as if there is no end to the list of potential poisons in our food supply. One of the major ways all these artificial and processed foods damage our health is by significantly altering the Omega-3 vs Omega-6 ratio in our bodies.

Simply put, we are consuming far too much omega-6 and not nearly enough omega-3. This is leading to an increase of numerous diseases and health conditions ranging from heart disease to various forms of cancer.

In this article, we are going to look at why the present omega fatty acid ratio is so bad for us, before looking at a more favorable ratio that you can incorporate into your daily diet to improve your own health and well-being.

What does history tell us?

During the last 2.5 million years of human evolution since hominins first walked on the earth, our diets would have looked very different from the present day. For over 99.9% of those 2.5 million years, human existence would have directly depended on living by the water. That water may have been a lake, a river, or the sea, but whatever form the water took, fatty fish and seafood would have been dietary staples, providing our distant ancestors with a great abundance of omega-3 fatty acids.

This large consumption of omega-3 fatty acids would have come alongside a comparable intake of omega-6, and in fact, there is some evidence to suggest that the omega 3:6 ratio would have been somewhere in the region of 1:1 (1).

This dramatic shift in the ratio is a relatively recent phenomenon. Over the last couple of centuries, particularly since the industrial revolution, foods rich in omega-6 fatty acids have become increasingly widespread, being used in everything from the manufacturing of food oils to the production of grain feed for livestock.

Not only has this led to us consuming more foods like corn, peanut, and cottonseed oils (all of which are practically devoid of omega-3), it has actually changed the fatty acid profile of the meat and animal products that we consume (3). This has brought about a startling emergence of autoimmune diseases and inflammatory illnesses in humans.

Why is the present Omega-3 vs Omega-6 ratio making us sick?

One of the primary issues that need to be taken into consideration is the fact that your consumption of omega-3 is largely dictated by how much omega-6 you consume, and vice versa.

Omega-6 fatty acids constitute approximately 10% of the total caloric content of the typical Western diet, and this is a much higher level than the body can deal with.

The problem is that both the Omega 6 fatty acids and the Omega-3 fatty acids use the same enzymes in the body to make biochemical conversions and reactions. That means that omega-3 and omega-6 are literally competing with one another. That’s fine when there is a roughly equal ratio, but in today’s world, that means the huge excess of omega-6 will significantly reduce your body’s ability to absorb and fully utilize omega-3 fatty acids (4).

What happens when you consume too much Omega-6?

For many people, this can produce an increase in the likelihood of just about any inflammatory disease you can imagine, including diabetes, asthma, irritable bowel syndrome, heart disease, and of course obesity.

Equally alarming is the link between inflammation caused by excessive omega-6 consumption and an increase in psychiatric disorders. An imbalanced diet can affect your mind as well as your body!

However, the good news is that we can relatively easily reverse the imbalance by making some simple adjustments in our diets and reducing omega-6.

The easiest ways to do this are to eat more fish and seafood. Then swap all vegetable oils (i.e soybean, canola, and safflower, and sunflower oils) for coconut oil, butter, ghee or olive oil. Also, limit grains as much as possible, especially wheat, and try to get naturally reared, free-range meat, fish and eggs.

This means an overall reduction in inflammation throughout your body and less chance that you will be stricken with one of the many associated diseases.

So what is the ideal Omega-3 vs Omega-6 ratio?

A 2002 study published in the Journal of Biomedicine & Pharmacotherapy set out to establish the importance of the ratio of omega-6 and omega-3 essential fatty acids.

The researchers looked at various omega fatty acid ratios to see which would be most relevant to the maintenance of optimal health and well-being.

In all instances, it was found that a reduction in omega-6 consumption led to improvements in health. An omega-6 to omega-3 ratio of 4:1 produced a 70% decrease in total mortality rates associated with cardiovascular disease, while a 2.5:1 ratio reduced cell proliferation in patients suffering from colorectal cancer. Also, risk factors in women with breast cancer were lower after reducing omega-6 fatty acid consumption.

What’s more, a ratio of 2.5:1 helped to reduce inflammation in patients suffering from rheumatoid arthritis. Even asthmatic individuals saw noticeable improvements in their symptoms when reducing to an omega 6-3 ratio of 5:1. The researchers concluded with the following statement:

“A lower ratio of omega-6: omega-3 fatty acids is more desirable in reducing the risk of many of the chronic diseases of high prevalence in Western societies, as well as in the developing countries, that are being exported to the rest of the world.” (5) 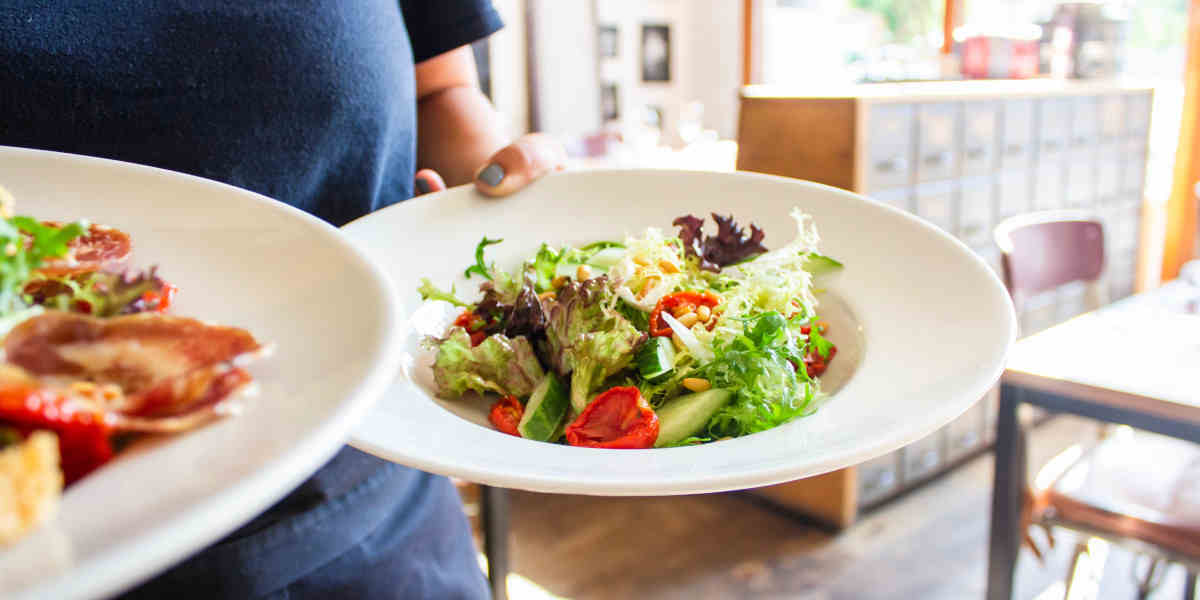 The results of the study mentioned above tend to suggest that the ideal omega fatty acid ratio can vary somewhat depending on both the type and severity of the disease an individual is suffering from. We can, however, take from the concluding statement that any shift in the ratio in favor of omega-3 fats will almost certainly provide positive health effects in both the short term and long term.

To balance out the Omega-3 vs Omega-6 ratio we recommend incorporating more oily fish such as salmon, mackerel, and sardines into your diet while limiting your intake of refined vegetable oils and reducing grains, as well as buying naturally reared or grass-fed (as opposed to grain-fed) meat, fish or other animal products such as eggs.

However, one of the criticisms of this advice is that these types of natural real food are much more expensive than processed alternatives, and that is true at least superficially. Making a change to real food means a big reduction in the nasty additives in modern processed food like gluten, gliadin, and high fructose corn syrup. These additives amongst many others either directly stimulate the appetite-controlling areas of the brain, or cause imbalances in our hormones that control appetite and blood sugar levels such as insulin, leptin, CCK, and ghrelin which also causes us to eat more.

So making healthy changes to your diet will not only improve the Omega-3 vs Omega-6 ratio, it will increase your energy level, and reduce sickness. In addition, a healthy diet will reduce the reliance on prescription medication, but it’ll also make you less hungry as well. You can also invest in a high-quality Omega-3 supplement if you think you can’t get enough nutrients from food.